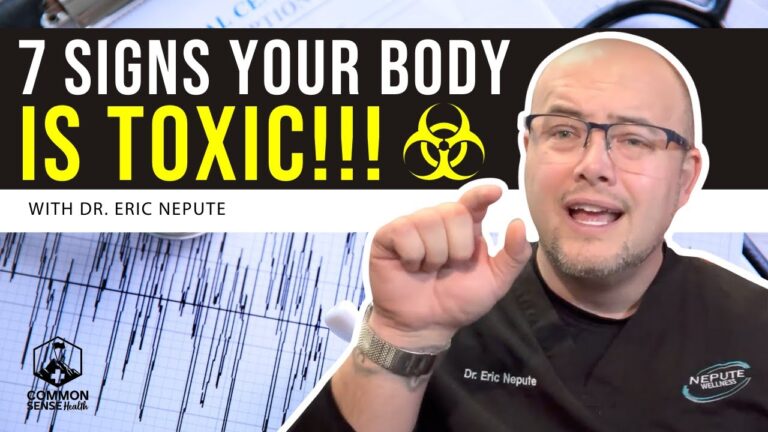 Signs Your Body Is Toxic

Is your body toxic?

I want to talk about the importance of detoxification and the importance of understanding how to recognize if your body’s toxic. Quite honestly, it’s an undiagnosed if not underdiagnosed problem that most doctors don’t talk about. Most people don’t know what to do about it. I’m going to give you the seven symptoms that your body’s full of toxins and what you need to do to detoxify that.

This is a game changer. We have more toxins in our environment, our lifestyle, our food and our water. You’re going to want to know this stuff. Nowadays there’s a ton of talk about the advantages of regular external detoxifications like exfoliationg the skin and epson salt baths and facial cleanses. But we also need to detoxify from the inside out.

There are two things that you have to do to take care of this. You have to detoxify the body. It has to get the clutter out of the system. Then you have to fix the gut autoimmune issues. There’s no question that when the body is filled up with toxins, it may suffer autoimmune type symptoms. It happens when the immune system starts attacking itself. It can’t recognize the foreign invaders from itself. So a lot of times it’s overwhelmed with foreign invaders, parasites, candida, heavy metals, etc.

There’s a gene called MTHFR. If you’re not familiar with that, look it up here. Typically what happens with that genetic imbalance, the body cannot detoxify like it’s supposed to. So it holds onto the toxins harder and longer than other people’s bodies that don’t have that genetic imbalance. Which then leads to sickness, disease, suffering, and all kinds of problems. So that’s a person that’s gonna need to be using detoxification techniques on a daily basis. I, myself, use Warrior Water every day. It has the diatomaceous earth & the activated charcoal. It has carbon 60 folic andic acid, which helps pull the toxins out of the body. And it also has a form of z light called KOL light.

If you’ve been struggling with rashes, eczema, skin breakouts, itchiness, and other related issues, other than having gut & autoimmune issues, that is a sign as well that your body is toxic. Primarily your liver is toxic. The body holds on to so much stress in the liver. We use enzymes to filter through that liver and pull the toxins out. The two that we use primarily are called protease and amylase. They help to reduce infalammation. They help with the histamine response and they help pull toxins out of the liver and systemically out of the body.

If you have recurrent headaches, there are a lot of things that can cause it. Poor posture, misalignment, stress on the liver, blood sugar imbalances. But we find heavy metal toxicities and environmental toxicities to be two of the major contributors to recurrent headaches. Study after study has shown this. In fact there’s one I’m looking at right now that’s a Turkish study. It shows that individuals with higher levels of heavy metals in their body experience more headaches.

So detoxify those metals. I mean arsenic, cadmium, lead, mercury, graphine oxide. They’re in our food. They’re in medications. They’re in some of the supplements that you take as well.

The inability to lose weight is conditioned by a number of factors. You know about gut bacteria. If you don’t have enough good gut bacteria, if you’re not eating good probiotics and eating fermented foods, you’re not going to burn fat like you’re supposed to. I mean look at some other cultures, like the Korean diet. A lot of times they eat tons and tons of food, but the food that they’re eating is fermented. They’ve got good, healthy gut bacteria, so that’s why they’re still lean and that’s why they don’t get bloating. If you’re having trouble burning fat, you’re probably toxic and ther liver cannot take stored fat from the body and burn it like it’s supposed to.

This is a huge one. When you’re toxic, it screws up your body’s production of certain hormones. Melatonin being one of them. Supplementing with melatonin is a healthy thing to do, though it needs to be responsible supplementation and the right kind to do it at the right time of day. But it’s a hendred percent beneficial.

If you’re not sleeping, it’s probably because you’ve been filled up with glyphosate, heavy metals, maybe parasites, maybe candida, all that kind of stuff. So you need to detoxify your body. You need to learn what to eat, what to avoid, what supplementations actually work, what things you can do to detoxify yourdelf other than just sweating and fasting.

This is big especially with a lot of kids. But I also see it with adults too. The ADHD type stuff goes back to a leaky gut. When the gut’s leaky, the brain’s leaky. Nine out of ten times, when the gut is leaking, you’re leeching out parasites because of some type of overload of being toxic. What I use to detoxify and kill parasites, is my Warrior Water.

We created this but if you don’t use our product and enzymes, then what you can do is get a good plant-based multi enzyme that works in a pH between a three and a nine. Also get yourself some activated charcoal and some zite. The zite has to be a micronized zite which is  called clinite. That gets in the blood supply and in the lymph nodes, so it can pull out those heavy metal toxins. It can also pull glyphosate out of the system as well.

Nowadays there's a ton of talk about the advantages of regular external detoxifications like exfoliationg the skin and epson salt baths and facial cleanses. But we also need to detoxify from the inside out.

You need to use homo and folic acid. Those are ancient minerals that help the body keate. They also help to backfull the body with minerals that you’re not getting. And we’re all mineral based organisms. Te last thing that you need to have is carbon 60. This is a game changer for detoxification and helping with cellular health. It lengthens your telomeres. Focus is a big deal we find because of exposure to pesticides and heavy metals. That’s why a lot of kids are having trouble focusing and concentrating.

I’m not opposed to Ivermectin. I think it’s great, but it’s not a detoxifier. Ivermectin is a plant-based, soil-based organism. It’s all about gut health. 95% of your immune system is in your GI tracking. If you have a toxic GI track, then that’s problematic. So I like fulvic and homo acid. I like diatomaceous earth, activated charcoal, carbon 60, and zeolite. And that’s in that Warrior Water, mixed with protease and amylase enzymes.

Regardless of sleep and rest that people are getting, and the ammount of coffee and stimulants that you take, people are still exhausted all the time. The latest findings and studies are showing it’s because the body is toxic. You need to clear the clutter. If we don’t clear the clutter, there will be no room for improvement and nutrients to come into the cells.

Knowledge is power, but wisdom is taking that knowledge and applying it to your life. So click here, getthisspecial.com. There’s a free ebook. I’ll hook you up with a bottle of Warrior Water and a bottle of enzyme so you can get this process started.

Learn how to use these products and processes to get yourself healthy. Ladies and gentlemen, until we meet again, I’m Dr. Eric Naputi. God bless you. God bless America, and God bless the world.

Ask Me A Question

I’m planning future lives and want to make sure to talk about what people want to hear. Ask me a question and I’ll answer them soon! 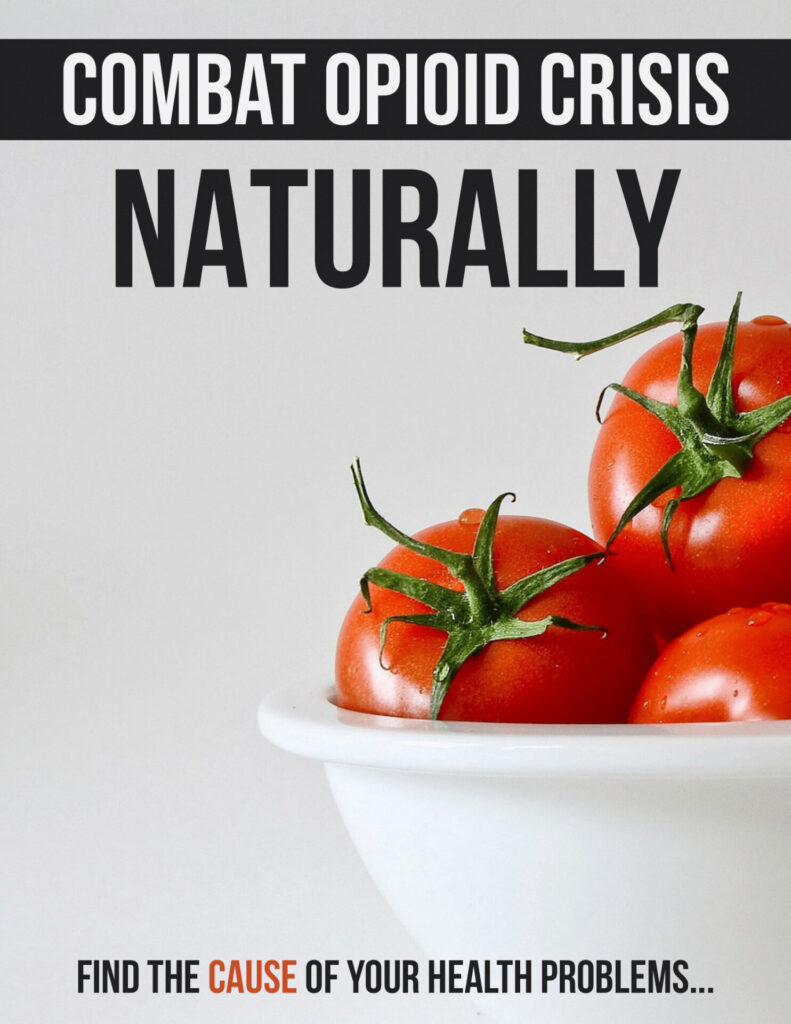 This guide was created with you and your health in mind, and will touch on the opioid crisis, what it is, why it matters, and how to improve your chronic pain without the need for prescription painkillers. Read on for tips, tricks, the background behind the opioid epidemic, and what you can do to help yourself naturally. 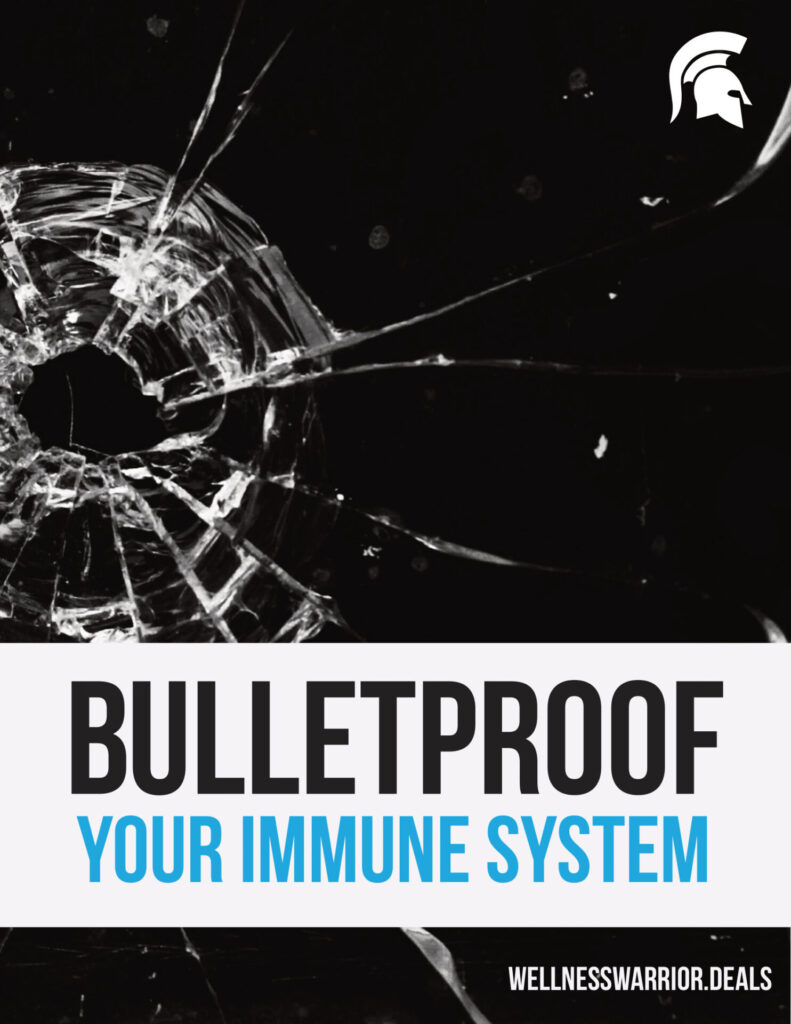 All of us here at Wellness Warrior want to see you get and stay healthy. For that reason, we created this complementary guide to bulletproof your immune system! Download now to access more tips and tricks to biohack your body back into tip top shape! 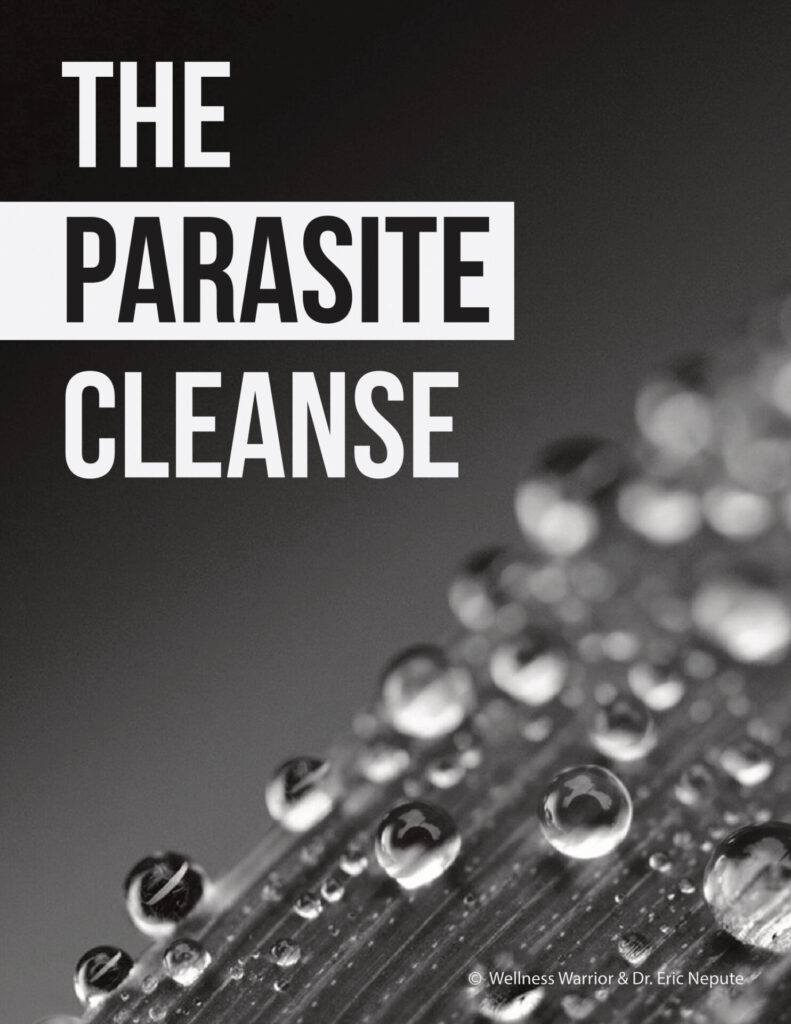 I wanted to share something with you that I know is extremely important, that many of you are dealing with on a daily basis, and you don’t even know you’re dealing with it. Nearly 80% of the global population is dealing with parasites and other primitive pathogens in their body that are destroying the immune system and wreaking havoc on the cells in their bodies. Learn how you can cleanse your body and rid the toxins. 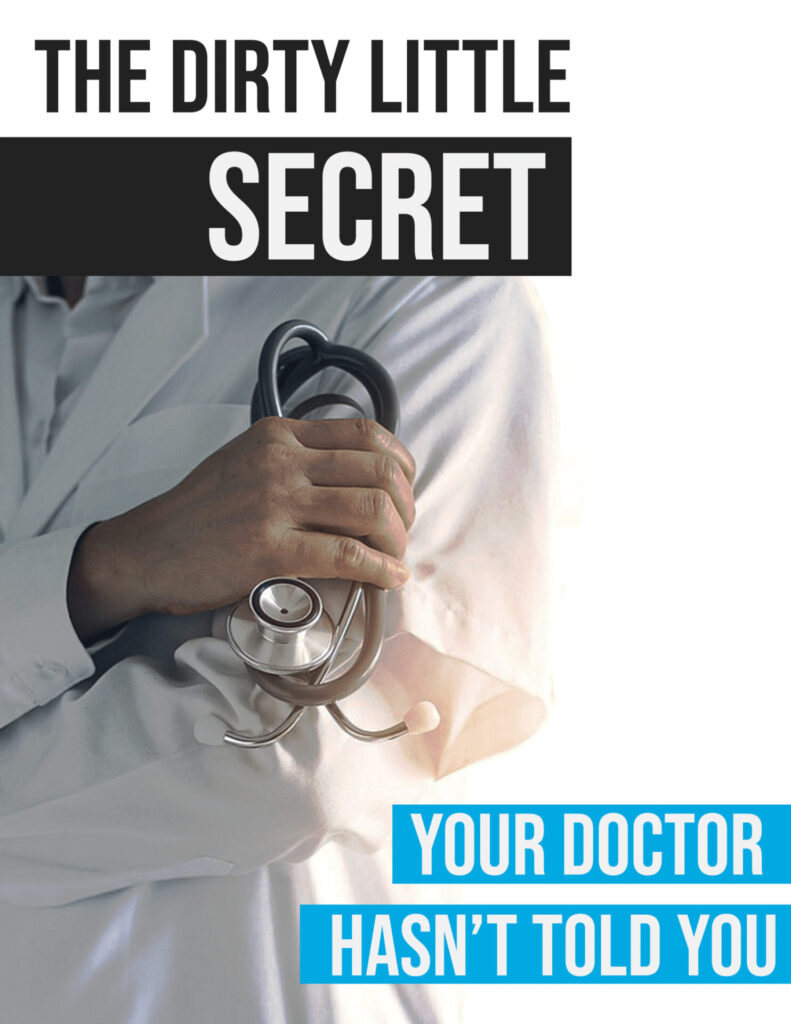 I’m gonna share with you some information today that can and will change your life. We are some of the most censored and suppressed doctors on the planet because we’re telling the truth, the whole truth and nothing but the truth—and our truth will set you free and will help you. 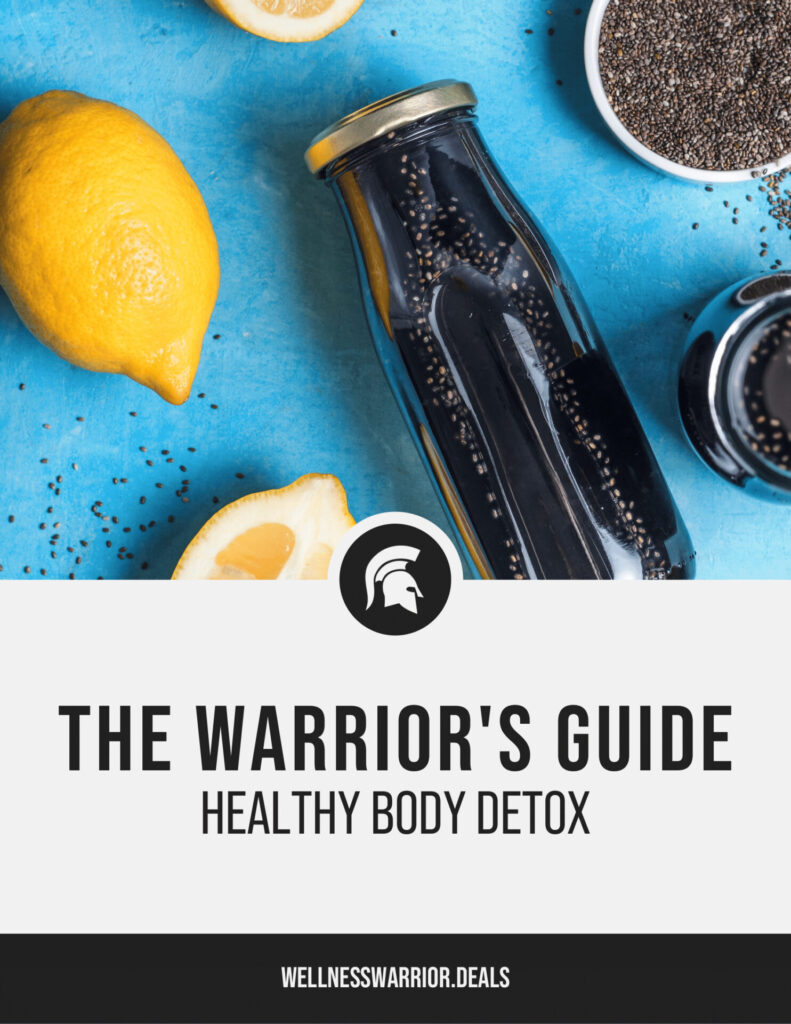 Learn how to effectively rid your body of all harmful toxins in our complete detox guide! We’ll teach you what to eat, drink, and do to get your body healthy again. 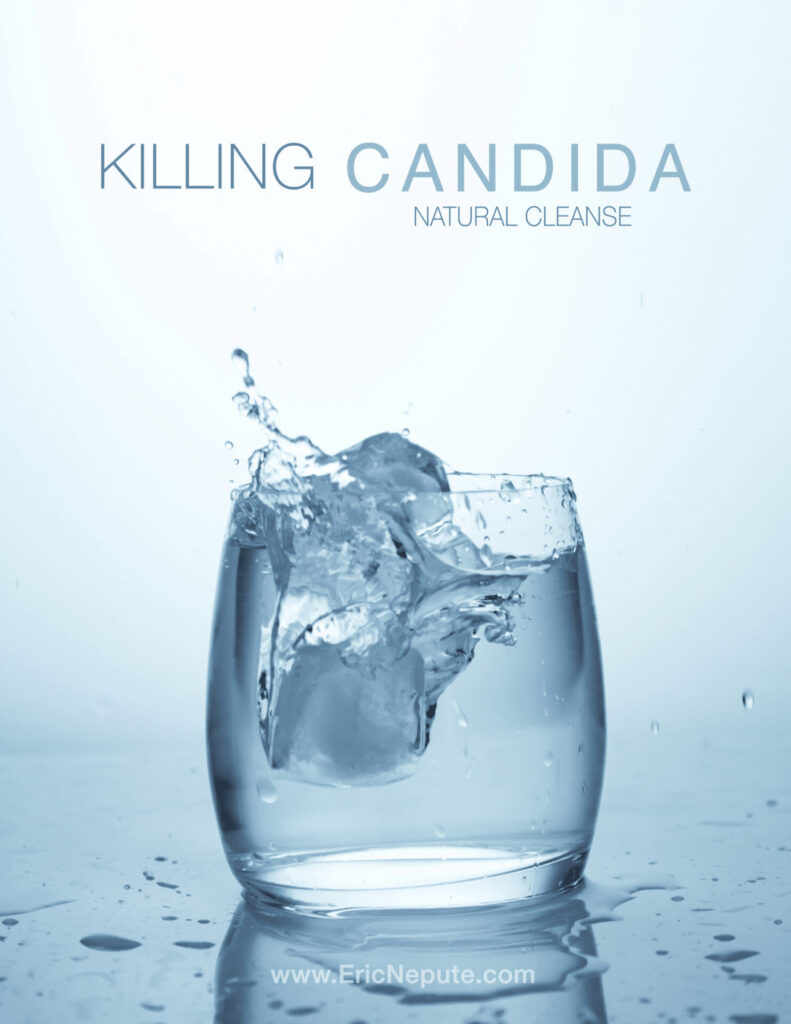 In this special download resource you will discover a simple at home test to see if you have too much Candida in your body and a natural cleanse you can use to eradicate this deadly pathogen before you get cancer.